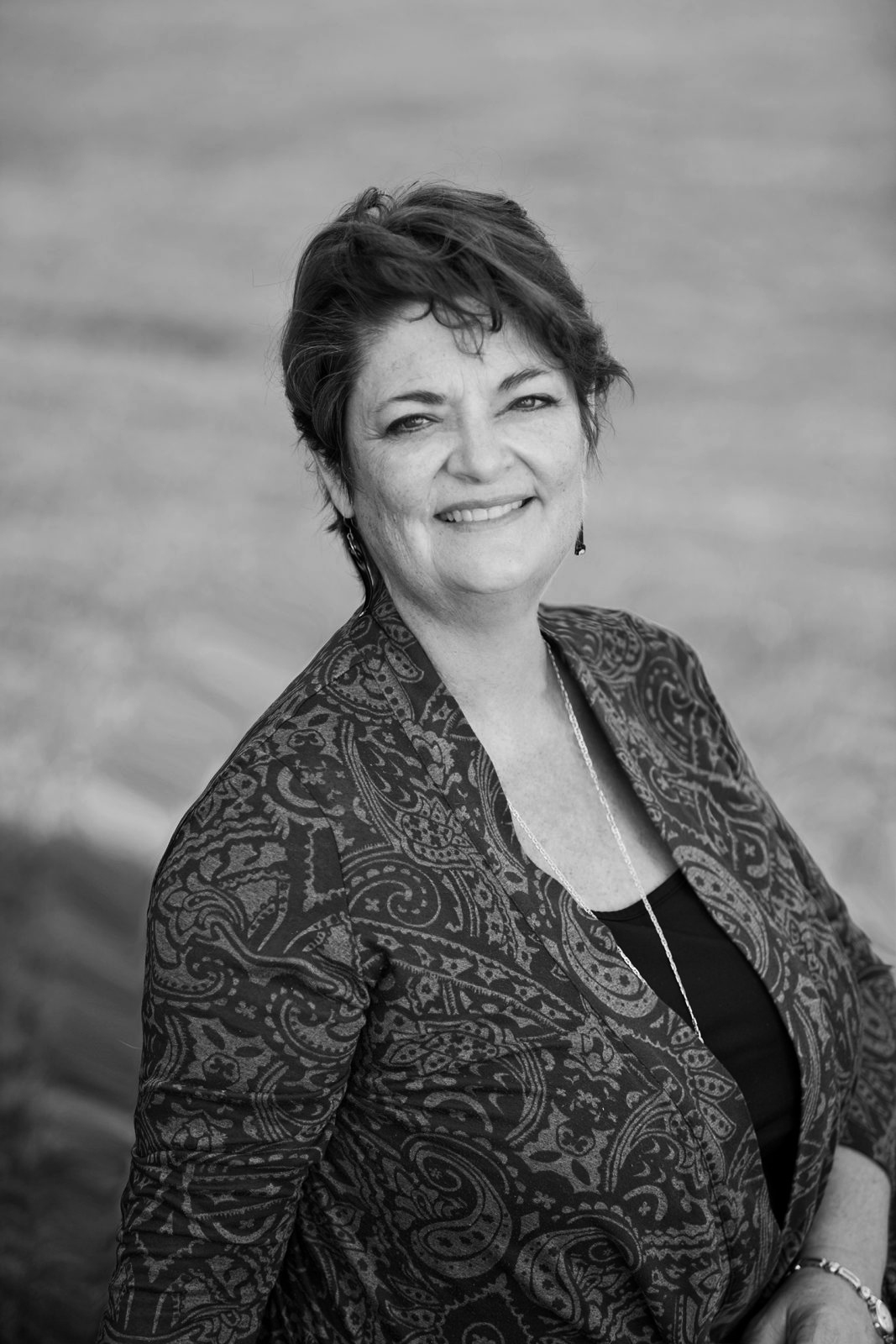 LaRhea is an organic cotton farmer and Managing Director of Textile Exchange.

Being a fifth generation cotton farmer, what has growing up in a cotton farming context taught you about our ecosystem?

Generation is such a lovely word. It is a place we come from, our heritage, and a place we go. It’s leaving a legacy. If I were to try and capture the extent of what I have learned from growing up in cotton farming, it would be that at the core, my heritage has given me a strong belief in life. It is a way of life to live in harmony with the land, and living in harmony is a way to honour life. Life in the soil for the farm, for the family, for the community and, ultimately, for our whole world. We are all part of an ecosystem and what we do impacts the whole.

How have your personal values and life experience shaped your work?

There are a few experiences that I believe have shaped my world and my work. At the foundation, it is a part of my faith; the sanctity of all life, including our land and the world in which we live.

2 Chronicles 7:14: If my people, who are called by my name, will humble themselves and pray and seek my face and turn from their wicked ways, then I will hear from heaven, and I will forgive their sin and will heal their land. (NIV)


The land on which we exist is alive and full of life. It is something that can be damaged and require healing. It is something we need to care for because we have been given stewardship of it. We need to take our responsibilities seriously.


Along with the joy and reward that comes with living on and with the land, there is also struggle and risk. Rain, drought, poor markets, increased costs for inputs, pests, hail—these risks weren’t something I understood as a child. But when my husband Terry and I began to farm in 1979, we experienced them firsthand during the farm crisis of the 1980s. A change in how we were approaching the farm and the existing structure of agriculture had to be considered.

We became certified organic farmers in 1991. The agreement was that Terry and other farmers in our area would grow organic cotton, and I would sell it. We discovered that change only happens when we create awareness through education. Awareness leads to understanding and, in time, action.

When we began, cotton was grown on less than 3% of the aggregate land. In addition to using growth regulators, defoliants and petroleum-based fertilisers, cotton was also accountable for using 25% of the pesticides. These pesticides include herbicides, fungicides and insecticides, all things that bring death rather than life.


Terry grew up on a chemically intensive farm. His father died at age 57 from leukemia. In 2005, Terry was diagnosed with a Glioblastoma Multiforme Stage IV, a tumor most common in men aged 40 to 60, with higher instances in people who work in the agriculture or chemical industries. Lubbock, Texas is in the middle of 3.6 million acres of chemically intensive cotton production. The neurosurgeon in Lubbock that took care of us diagnosed more than 17 of these tumours a month. They gave Terry six months to live, but I am thankful that we had two more years with him.

Up close and personal? A farm should be a place for life, not of death. Too many farmers around the world are dying from cancer, and too many rivers have polluted water and nutrient pollution. I believe that farms should be a safe place to live and play.

A farm should be a place for life, not of death. Too many farmers around the world are dying from cancer, and too many rivers have polluted water and nutrient pollution. I believe that farms should be a safe place to live and play.

Your approach to supply chain reform seems to be based on collaboration and education. While activism is a key tool for driving change, how important is it for businesses to have access to resources and non-combative partnerships?

Engaging the full supply network, from the field to the retailer, is imperative. It truly takes everyone working in partnership to create transformative change. The whole model needs to be addressed, as trying to fix only one piece of it really doesn’t address the interconnected and diverse problems throughout the supply chain. The only way that this deep level of change can be realised is if businesses have truly collaborative relationships with their supply partners.

Textile Exchange partners with organisations and businesses to connect them to a powerful community of brands, retailers and companies, all of whom are seeking to create a more sustainable and responsible fibre industry. These partnerships enable companies to take action that drives transformational change.

Via Textile Exchange, you have worked with the likes of Patagonia and Adidas. What can other companies in the garment industry learn from these companies and their CSR efforts?

Patagonia and Adidas are a couple of the inspirational leaders within the sustainable textile community, as are Kathmandu, Loomstate, G-Star, C&A, H&M, Eileen Fisher, Target, Woolworths South Africa and many more. Textile Exchange now has more than 260 brands and retailers that have accepted the challenge to incorporate more sustainable fibres and textiles into their products. Adoption of these materials is a barometer of transformational change.


How is this achieved? The companies we’ve partnered with have a ‘Torch Bearer’, a champion if you will, that is able to drive strategy—and strategy is key. Change happens by design, not default. Building engagement throughout an organisation in order to gain corporate and board buy-in remains an ongoing process. The good news is we are seeing more support and meaningful sustainable strategies becoming a part of corporate DNA.

We believe that integrity is the foundation of transformative change. The Textile Exchange’s standards are a means to drive collective action and support the creation of best practices that can be utilised to define the changes the industry needs to see.

Our standards are also living, meaning that as the industry evolves, our standards also continue to evolve. They continually drive best practices for land management, animal welfare and integrity of product claims by providing verification from an independent third party.

While businesses have a responsibility to improve their impact, they are often sourcing from countries that lack regulation or have corrupt political systems. What role do Western governments play in all of this; do they need to provide greater support?

The short answer is yes, governments should play a role. However, the reality is that governments around the world have other priorities. We have made a choice to primarily work within the business community to drive market driven solutions.

The whole model needs to be addressed, as trying to fix only one piece of it really doesn’t address the interconnected and diverse problems throughout the supply chain.

The business model is such an important key to driving long-term change in companies and the way that they operate. Are there any business models or ways of approaching sustainability that particularly impress you?


Business models are at the core of unlocking market-driven solutions. Many brands are still working within their CSR budgets or other philanthropic means, and as such are struggling to drive change to scale. Brands that are integrating the solution within their supply networks are able to build on and replicate their success.

They work closely with their supply network, understanding the dynamics of those networks and sending clear market messages. They also talk to their customers and stakeholders about the changes they are making. The brands that are high-growth leaders have been able to embed the value of the change they are creating within their brand’s values—their DNA.

When looking at the current international fashion system, what do you believe needs to change and why?

It would be a little naïve to say that we need to put heart and soul back into the clothes we wear and the fabrics we live and play in every day. Or that only products that value the earth and the people on it should be allowed on the market. The reality is, it is truly our individual choices that are driving the current market. For example, many of us buy tee shirts grown and made by people living in extreme poverty. We have to identify the choices we have and then be guided by our values to drive change.

Has there been any progress over the past few years (throughout the garment industry or society as a whole) that has been heartening to you on both a business and personal level?

On one hand, it would have been nice to see organic cotton make up more than 10% of cotton production by now. But what’s more important and heartening than its growth is the role that organic cotton has had as the ‘tip of the spear,’ driving the transformative change we are now seeing across the fibres and materials industry.

The same lessons learned about organic cotton are driving change within man-made cellulosics and recycled polyester. We have also seen a number of great initiatives created to support change like the Better Cotton Initiative and the Sustainable Apparel Coalition, to only name two. The principles of stewardship apply across the board.

When I think back to 1990, when there were only a few pioneering brands that had Corporate and Social Responsibility, I am thankful to have been a part of this change.

When looking to the future of the garment industry, what excites and/or daunts you most?

The most exciting thing I’m seeing is a greater level of awareness—maybe even an awakening of sorts—wherein people know that they have to be a part of the change as consumers, in their chosen profession and in their community. We are seeing greater engagement in collective action across sectors, and around many issues that our world is facing. The daunting part is that there is a large number of people who are still asleep, or who think that ignorance is bliss.

Looking to the future, it’s my personal desire that all brands and retailers begin their own journey along a more sustainable continuum, with the adoption of a portfolio of more responsible fibres and materials. This movement should embrace continuous improvement; we shouldn’t settle for merely ‘better’ when we can be doing our best!

It’s in everyone’s best interest to strive for change. We must encourage more brands and retailers to make aggressive long-term commitments in such a way that connects them to their supply network and sends clear market signals. We expect much greater growth over the next 15 years than we have seen in the past.

Thank you for the opportunity to share! Life on our land and the life that is woven in and from our rural communities is precious to me. I challenge you to be an ‘activated’ consumer: buy only when necessary, and buy responsibly.